Michael Sautman holds a Master’s Degree in International Development.  He is a leading expert in producing standardized cannabis products on an industrial scale in a regulated environment.  As CEO of California Cashmere Co., Inc., (1990–2005) he became a recognized expert in production of rare animal fiber products like cashmere, silk and camelhair.  Michael founded manufacturing operations in Mongolia, Tibet, China and the U.S. that provided natural fiber products to manufacturers and finished products to major department stores and designers.  As CEO of Bedrocan International, Inc., his primary activity was to acquire production licenses for Bedrocan B.V.; the Dutch government’s sole supplier of pharmaceutical-grade medicinal cannabis.  He consulted with lawmakers and regulators in Canada, Israel and several U.S. states regarding how medical marijuana is produced and distributed in The Netherlands.  He initiated Bedrocan International's medical marijuana drug approval program with Health Canada, the Canadian Ministry of Health.  Michael has a comprehensive understanding of how cannabis is manufactured around the world.  He then became CEO of the Canadian Cannabis Research Institute Ltd. in Victoria, B.C.  He has over 25 years of experience in natural product manufacturing. 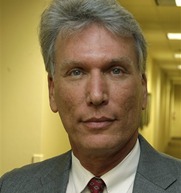